If you only use a car to go back and forth to work and little else, then you'll want to ensure that you get a vehicle that has efficient fuel economy and that costs you as little as possible to run. With this in mind, you may have decided to buy a diesel-engined car for the first time and have recently pressed this into service instead. However, you may need to take additional care with this type of vehicle due to the nature of your commute itself, but why is this and what should you be looking out for?

As you may not have paid too much attention to diesel-engined vehicles in the past, you may not be aware that they once had a rather bad reputation. This prompted regulators to bring in strict rules and to insist that manufacturers redesign these vehicles, which meant that they became more environmentally friendly. The manufacturers obliged, and each one of these vehicles is now equipped with what is known as a DPF, or diesel particulate filter.

This type of device is fitted into the exhaust system and is, as the name implies, a means of filtering out harmful toxins before they can escape into the air. It is more than simply a filter, however, as it is also designed to burn off those harmful and captured elements—but only in certain circumstances.

This is quite a sophisticated system, and the process may be activated in one of two different ways. Some vehicles are equipped with an internal sensor that will automatically turn on the regeneration process, while others will rely on the speed of the vehicle itself. Either way, when the system is activated, the exhaust gas temperature will be significantly raised to burn off the soot and turn it into ash.

Much will depend on what type of system is fitted to your car. If your vehicle has a system that is linked to forward speed, then you may run into problems, as you will never achieve that particular rate of forward motion. Seeing as you only go back and forth to work on surface streets, the regeneration process may never be activated, and this could cause problems down the road.

If your vehicle seems to be quite sluggish right now and your fuel economy is very poor, take the car into a mechanic and ask them to have a look at the DPF filter. They will be able to clean it out as needed and make sure that they remove the blockage to get everything back to normal. After this, try to schedule a trip down the motorway at least once per week so that you get up to the appropriate speed and the DPF can do its thing. For more information, contact a car service in your area. 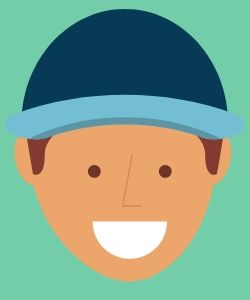 We love nothing more than working on our cars and then hitting the road and taking them for a long drive. That's why we were inspired to start writing this blog. The articles posted here will help you to understand how you can modify and improve your car so you can enjoy the best possible performance when on the road. We will also touch on how you can improve the look of your vehicle using decals and fresh paint work. We might not be experts but we are all extremely passionate about our autos. We hope you like our blog.